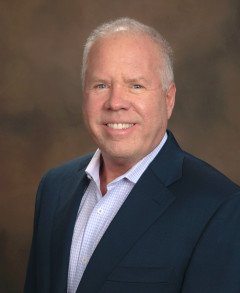 Bart Baker Has Mastered Reinvention To Keep His Agency Thriving

Having Climbed The Mountain, Sharing Wealth Of Knowledge Is Paramount To Him

He cites a famed quote by Steve Jobs: “Simple can be harder than complex: You have to work hard to get your thinking clean to make it simple. But it’s worth it in the end because once you get there, you can move mountains.”

Similarly Baker says: “Everything we do in running an insurance agency is based on keeping what we have while adding to it.”

That formula — and the systems Baker’s developed and teaches to do so — have moved mountains pretty well: Beginning as a scratch agency 30 years ago in Malibu, CA, a community where you have to demonstrate staying power, earn trust, and where underwriters will only insure some homes, B.W. Baker Insurance Services has 7,000 policies in force and does north of $20 million in annual premiums.

Among Baker’s most important fundamental principles is to make certain comprehensive annual client reviews are scheduled and conducted properly. That correlates to writing more policies as client gaps of liability are uncovered. It also leads to clients consolidating all their policies with one agency to take advantage of discounts for doing so. The one-on-one relationship building that takes place dramatically improves retention and triggers regular referrals.

Baker credits his trademarked system, called the Gap Elimination ProcessTM, for ensuring these annual reviews schedule and conducted correctly in his agency.

Before Baker developed the GEP, he’d spent time and wasted money on ways to get his clients in front of him regularly that did not work.

“The GEP is a comprehensive review of coverage,” he states. “This isn’t just any review. It’s the backbone of your agency. It’s the fulfillment of a promise you make to your clients, to protect their assets by making sure they are properly covered.”

Since developing and implementing the GEP, almost all of B.W. Baker’s new business comes entirely from referrals and adding additional lines, and Baker says they haven’t spent money on advertising in years.

He recently has taken the step of offering GEP modules for purchase. “The GEP will be an agent’s unique edge over the competition — and a major tool in pushing their success to the ‘breakthrough’ levels they’re looking for,” Baker says.

“What really drives Bart at this point in his professional career and his personal life is seeing other people win and seeing other people have success,” says Farmers agency owner Charles Beals, who has known Baker for some 17 years. “It is what feeds his soul and that makes his heart sing, that genuine desire to help other people.”

Baker’s 2015 book “The Breakthrough Insurance Agency: How to Multiply Your Income, Time and Fun” was written to help other agents maximize their success and serves as the foundation for his workshops. He’s been a highly sought-after speaker and trainer for over 25 years.

“Bart’s breakthrough system has something in it for everybody and what he’s done is he’s condensed 30 years of insurance experience down to a digestible piece,” Beals says.

Baker defines a “Breakthrough Agency” in eye-opening dramatic terms, as one that can “double, triple or quadruple” your income — and beyond.”

He knows from experience; Baker has led B.W. Baker Insurance Service to achieve the highest production honors Farmers Insurance has to offer. The one he’s most proud of is Famers’ Presidents Council Award, given only to those agencies in the top 1% of Farmers’ agencies in the nation. B.W. Baker has earned that award every year since 2002.

“Bart’s been an agent for 30 years, and he’s very successful, he has systems in place that work,” said Farmers agent Lisa Leonard. “Bart’s just very trustworthy, and honest. When I first met him a couple years ago he made me feel that he wants me to succeed just as much as he has succeeded.”

Born in Los Angeles, Baker grew up working in his family’s restaurant business. He lost his WWII hero father at 16 and by 19 he was already in charge of running his mother’s restaurant. He’d soon have one of his own.

He met his wife Wendy when they were 12, and they were married at 21. The couple have three children and four grandchildren.

Starting out the two ran businesses including the restaurant, a maid service and an attorney service, but they needed more income. Bart wound up joining the Los Angeles County Fire Department in 1983, eventually attaining the rank of engineer.

One aspect that drew him to the job was the flexibility of a firefighter’s 10 day a month work schedule, as it would allow him to look for other revenue opportunities in his off time.

When a magazine ad for an insurance agency caught his attention, he decided to investigate and then pursue the opportunity. Wendy signed off on it and B.W. Baker Insurance services was founded by the two.

Wendy ran the agency when Bart was at the fire house, and he was in the agency during his days off. For 20 years their business steadily grew. When it reached critical mass in 2003, Bart decided he had to focus full-time on the agency. The timing was right as his retirement from the fire department was necessitated due to a back injury.

The lessons from being a firefighter for 20 years translated to running B.W. Baker. As a fireman, Baker was drilled that you can’t make mental mistakes. “Your superiors don’t overlook anything if you’re not doing everything exactly right,” he said. That training helped him put out fires and save lives. “Everything matters, there is no detail that is too small.”

Bill Matlock, a Farmers District Manager, said “That’s what makes Bart successful as a mentor and as a coach, nothing’s taken for granted.”

Even with his agency’s successes, Baker says his business plateaued in the mid 2000’s, leaving him frustrated. So much so he often felt like just talking to his mom for comfort even though he was a grown man with his own family.

“I realized I had to reinvent myself when life started to get tough, when I started to get more ‘no’s’ and more rejections than I could really take,” he recalls. “Rejection ruled the day when I was `selling’ insurance. I found there were not many people who wanted to ‘buy’ insurance.”

But he did find there were a lot of people that wanted to be properly protected. “And when I switched from `selling’ insurance to protecting individuals and families and businesses, is when everything started to change. That’s when we finally started to gain traction and things started to happen.”

Leonard remembers the time recently she said to Baker that she saw herself as a sales person. “Bart said `no you’re not. You’re a consultant advising people to cover their assets properly.’ That really hit home with me because I’ve always thought of myself as a salesperson, but Bart’s absolutely right. I’m going to take that with me and train my staff that way.”

In addition to his mindset change and the development of his Gap Elimination Process™, another vital system of “The Breakthrough Insurance Agency” that Baker developed and  teaches in his workshops is his 3M System, standing for multipliers, maximizers and measurement.

But the only way that you can do that effectively, he adds, is to pair the multiplier with a ‘maximizer,’ a person who handles most of the periphery administrative work for the multiplier.

Baker teaches in his workshops a formula for not only implementing his 3M system, but also how to avoid going into debt when bringing on maximizers.

“When all of that other stuff is handled, the multiplier is able to stay in the zone and just create income, build relationships, and the maximizer handles everything else,” he adds.

“Bart’s agency system has really helped me in my staffing” Leonard said. “He has taught me in classes how to compensate and how to motivate them, and make them real team members.”

Measurement comes into play because increasing business must come within the context of reaching agency goals that you have for income and retention. It also allows you to plan out when to bring on more multipliers and maximizers.

“The 3M process, maximizers, multipliers, measurement is the easiest way to be able to manage the agency and allow people to specialize in those areas that they’re really good at,” he says.

The payoff is again dramatic: “I have seen agents double their income with that simple step,” Baker says. “As soon as I added a maximizer we doubled our business very quickly.  So the maximizer, multiplier relationship is symbiotic, you can’t have one without the other but having a really good multiplier paired with a maximizer is a game changer.”

Baker further adds the 3M System multiplies time along with income because you’re utilizing the skills of other people as you hire additional multipliers and maximizers.

“You won’t have to put in loads of late nights to make that income rise happen,” Baker said. “In fact, with the 3M System you’re going to work less. You’re going to get a much higher return on the energy you put into your business by becoming more efficient.”

Baker enjoys conducting workshops as a way to give back, and because of the synergy from the people who come to them.

He’s found whether it’s workshops he’s attended or the ones he conducts, the other agents there share a goal that you have; that of “taking their agency to the next level.”

“I just find that when you get great minds together that have a common goal it’s a really powerful thing rather than trying to do it within a vacuum to yourself,” Baker says. “So the workshops are a great forum to make those relationships, learn all the systems and be certified to use certain tools that will be become available.”

A Thoughtful Pursuit Of Excellence

Even with systems in place Baker is a big believer in creating the proper mindset for achievement. “My favorite expression is “what you think about comes about.”

For example, “sharing my vision was a big part of the reason that I achieved Presidents Council with Farmers,” Baker said. “The Farmers executives I talked to understood that if you get to Presidents Council, you’re doing a lot of business, and that definitely benefits the company. So of course they were happy to share with me the knowledge and resources they had.”

Baker also shared his vision with his staff and focused them on achieving the goal and what it would mean to the agency and them personally.

So in addition to goals, what can agents also do to keep themselves thinking productively and positively?

“Pay attention to the details,” Baker says. “What are you reading and looking at? What are your health habits? Who are you hanging out with? Every little thing fits into the bigger picture of your vision, and one choice affects all the others.

“The more you stay on top of the little things you feed your mind, the more attuned you’ll be to massive success.”